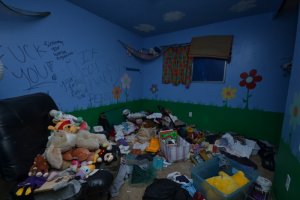 I started learning how to buy fixer properties back when the 2008 real estate melt down happened. As I was scrolling through Facebook one day, I saw a friend of ours post a picture of their neighbors backyard about how disgusting the pool looked and how bad the smell was coming from all the trash that was left on the side of the house. She ended up calling on them and getting the house condemned after many years of police activity trying to get them out of the house. Long story short, the owners son took over the property with a bunch of drug addict friends, & they pretty much trashed the place.

I immediately called our friend to ask whats going on with the neighboring property & if she knew the owner of it.  After being put in contact with the owner,  he told me he’s walking away from the house. I told him what if we could negotiate with your bank “since he was upside down & owed a lot more than it was worth in its current condition” & we’ll work to get the bank to put some money in your pocket, avoid a foreclosure,  & we’ll handle everything for you including the code violation fines. The owner decided that was a good option for him, so we signed an agreement on Halloween night in a garage on a ping pong table. 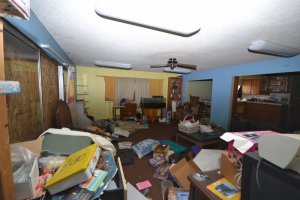 It took several months to get the short sale approved, & with the house being condemned & boarded up, that worked in our favor since the appraiser wasn’t aloud inside the house due to the risk of stepping on drug needles & it being in a contaminated state.

Once we owned the fixer house, the clean up was pretty heavy. The pool actually looked ok once it was drained, but it had black mold that would not go away, so we decided it had to be re-plastered. The contractors did find several drug needles stuffed in the couches & it took a long time to make sure that house was done right. One year to be exact from the time we got the short sale going,  and from the time we made it to the finish line. It ended up being the best house in the neighborhood. All the neighbors were so happy that we got this problem property all taken care of and fixed up.  Another thing we found was some kittens in the attic. We ended up calling a company who rescues kittens and finds homes for them. 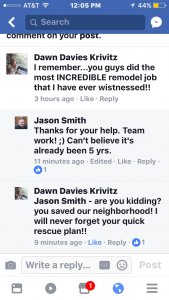 Here’s some before and after pictures. 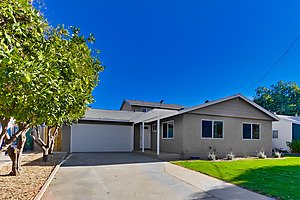 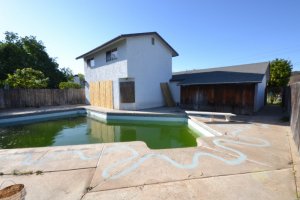 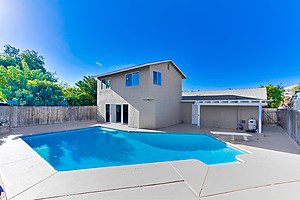 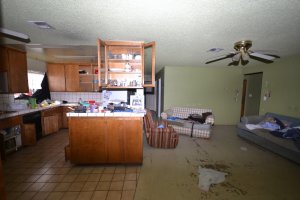 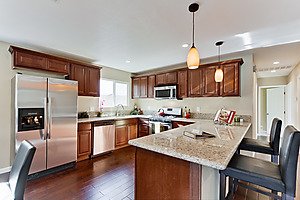 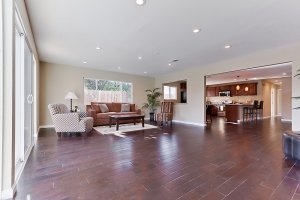 Sell Your House Fast In:

Listing vs Selling To Us

Get Your Fair Cash Offer: Start Below!

None of the other seven investors did this
One thing that set Jason Smith apart from the other investors was the fact that he gave me a hard copy of a simple 2 page contract, which served as both his offer and an authentic document that was used to move forward with the deal.  None of the other seven investors did this.  Another thing that helped me put some trust in Jason was he included his card and the card for Oakwood escrow.  I shared this info with my tax preparer person, and she said Oakwood is a good escrow company.  Oakwood was a deal breaker, in fact I turned down another higher offer because of it and turned down another higher offer after starting escrow because of this good reputable escrow company.  Another thing I really liked was your assistant (daughter) that accompanied you on the first day.
Sincerely,
Carey Longley

When we decided to sell our house fast, Jason was there every step of the way helping us with any questions we had. His team made the process smooth and easy. He’s very reliable and always had great communication. I highly recommend his services. All around good guy.

Since I lived next door, I was able to witness the most awesome transformation.

In 2012, Jason and his team bought our neighbors distressed house. I helped him get in contact with the owner since the son took over the property and pretty much trashed the place. It was eventually boarded up and condemned bringing down the values in our neighborhood. It had lots of code violations and the fines were stacking up that had to be paid down, which Jason was able to take care of the problem and make it a win win for the sellers and the neighborhood.

Since I lived next door, I was able to witness the most awesome transformation.

I highly recommend Jason and his team. 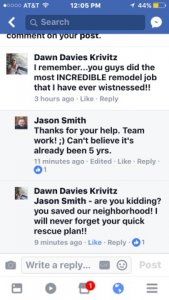 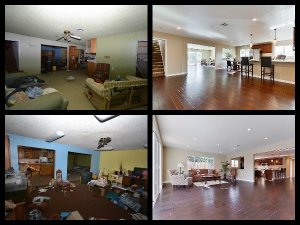